Did you know that a child is sent to the ER every 30 minutes due to a Falling TV? 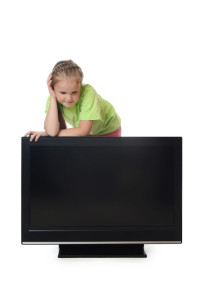 Many families are creating a potentially dangerous environment for their children by placing large TVs in unsecure locations. Due to the increased popularity and adoption of flat screen TVs many families are moving large flat screens into their living rooms and giving their children older and heavier CRT TVs. When these TVs aren’t mounted or secured properly they represent a potential threat to children as they can topple over and cause physical harm to young children.

“The number of kids injured by a TV falling on them grew 125 percent between 1990 and 2011, according to a new study of emergency room records that calls for greater prevention efforts. Overall, more than 17,000 children under age 18 were treated each year for various TV-related injuries in ERs across the United States – that’s one child every half hour – during that time period, the study released Monday in the journal Pediatrics found.”

According to the study, the most common injuries were to the head and neck. The severity of these injuries ranged from minor bruising to lacerations, fractures and sprains. In extreme circumstances injuries to children due to toppling televisions caused traumatic brain injury and death.

It isn’t hard to imagine a child that is excitedly playing around the house and accidently bumps into or tries to climb on a dresser or cabinet that has a heavy television on it…when the worst happens and the TV topples on to them causing injury.

Thankfully, these injuries are very much preventable by properly securing televisions around the home. SafeKids.org recommends that if you have large flat screens in your home that you should use wall mounts to keep them secured and prevent them from toppling off TV stands. When mounting TVs to the wall make sure to follow the mounting instructions carefully and if you don’t feel comfortable doing the install yourself hire a professional. For older CRT TVs, simply placing them on low stable pieces of furniture will mitigate the risk of them toppling over and the potential damage they can do to a child.

For more information on safely securing your home television give us a call at 301-353-0424. If you’re interested in reading the original article click here.